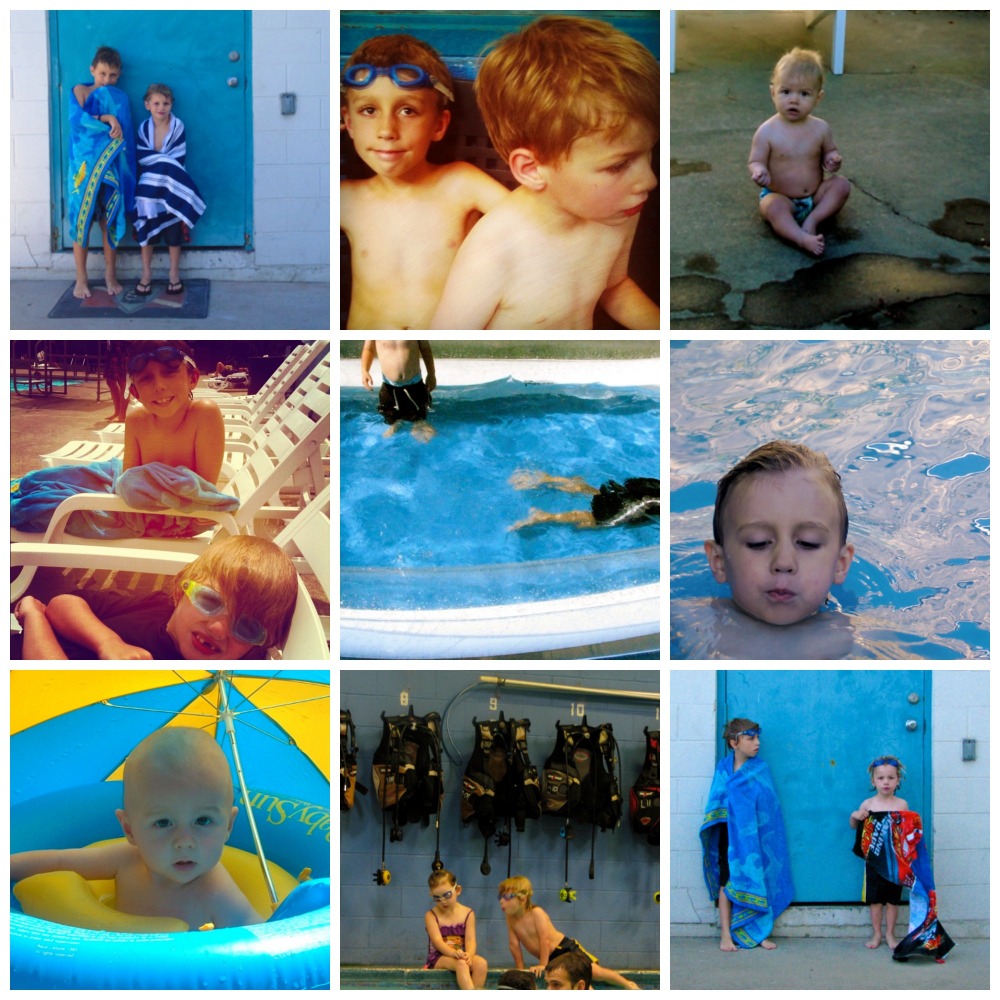 this is the first summer i have been able to let them go. oh, they’ve been swimming, in lessons and otherwise, for years, but letting them go has always sent me into an almost anxiety attack. the paranoia started after clyde, then about three and a half,  had “the incident” while i was pregnant with leo. he jumped in the pool right after his older cousin, and i had NO IDEA he would even think to do something like that. always a cautious kid, one we joke could not even open a door until he was at least four years old, it hadn’t even occurred to me to worry about him jumping right in when we headed out back to swim. of course, we were all right there, but it took several long seconds for my brain to register that it was clyde sinking beneath the water. i bloodied both my knees getting down to pull him out.

now they both seem so free in the water. or maybe it’s me who’s finally free. to let them. always cautious but letting them go and learn and be. and it feels so good. like summer should.

dug up this poem i wrote when the boys were small; makes me wistful and weepy for my babies:

I use the end of my pen to push
Your brother’s baby hair to the side
In his stroller, he wriggles, turns left,
then right, hates sitting still

So much older now, you are swimming
in a big, big soft blue pool
Long torso, hair covering your brown eyes
That still rise to mine across the water

Bare, wet feet pitter past
Like the moments of your youth
Running away from me
Gone now

Your brother can suddenly
Hold and tip his bottle
“Dada!” he belts and you plunge
once again into the water.