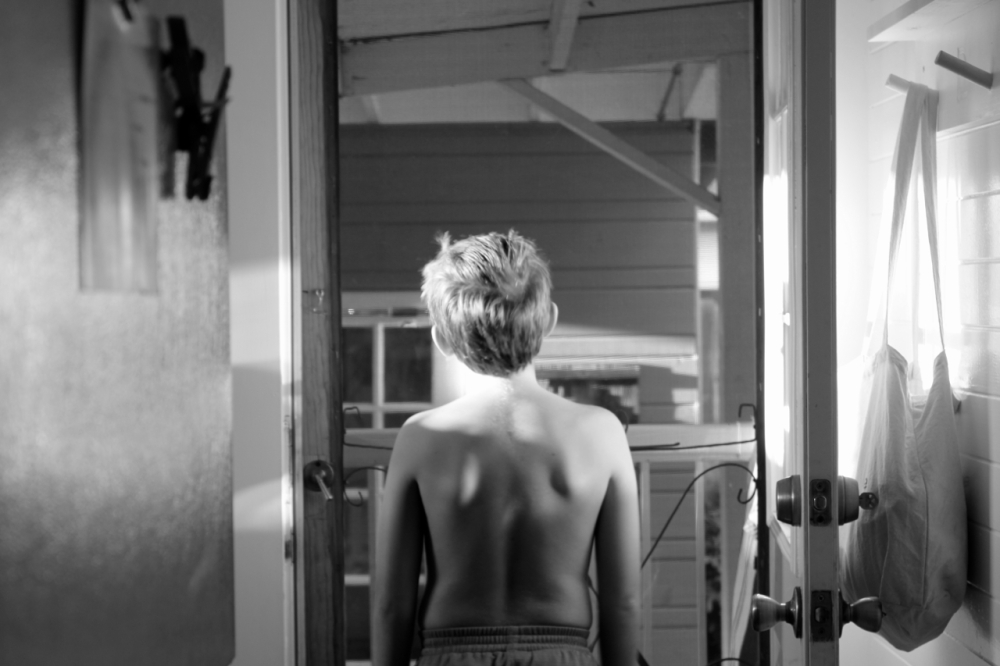 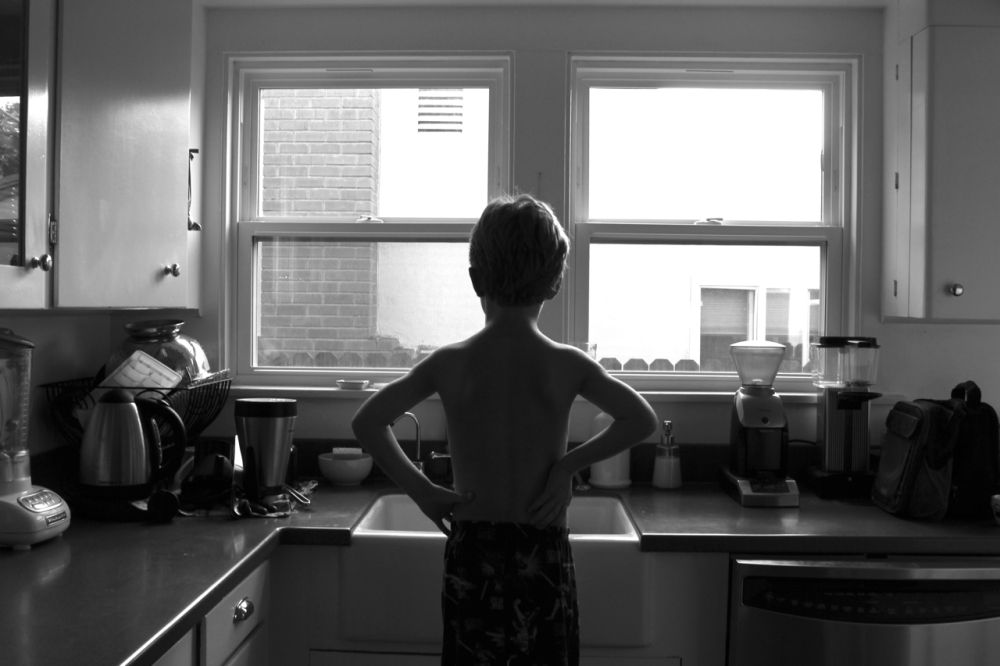 the boys were very patient while i played with the evening light in the kitchen tonight. getting there. but not quite there (would help if i knew what i was doing haha). loving the details in the sunset light in the first shot and the rich black (and that white ice cube tray on the left) in the second shot. of course, i only wish i had a big lovely tree out my window rather than my neighbor’s house. but oh well.

not sure what i did to deserve these perfect, patient (tonight) boys. they blow my mind. and they don’t even seem to think i’m that crazy. shhh, don’t tell them.

p.s. just looked at this on PC and wow, just for-getta-bout the rich black thing i’m talking about. nothing like the mac. 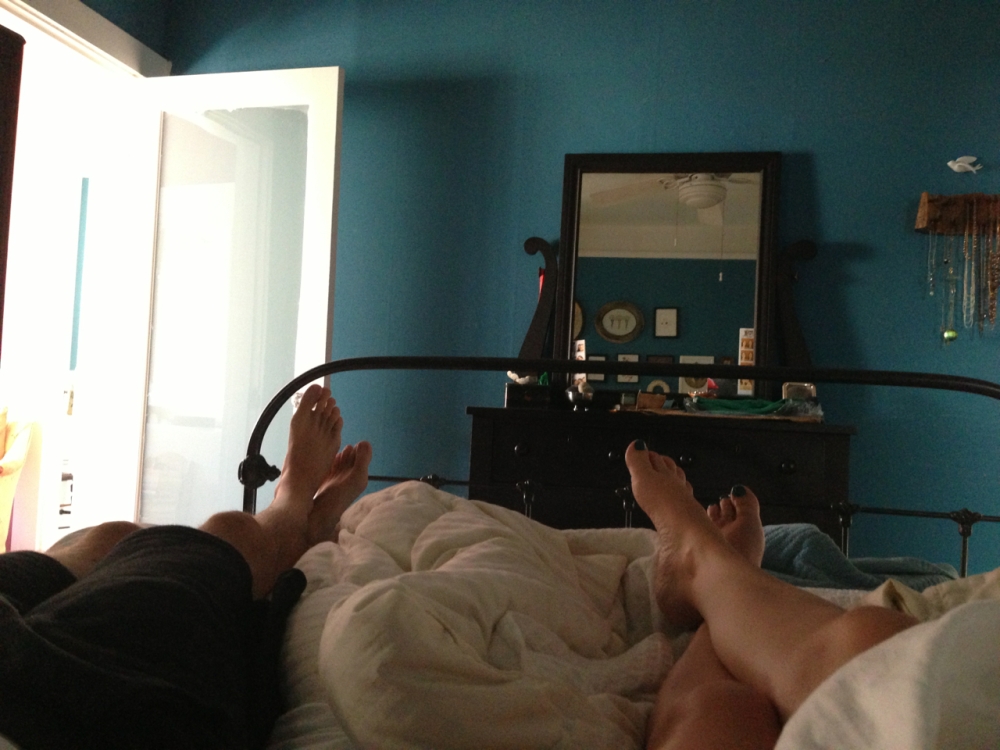 shit, i did not write my just one paragraph yesterday, which means (in my sick loyalist mind) that i must write twice today.

i had a good excuse at least. family birthday shin dig here at the house. and the best kind too! we ordered takeout so we didn’t have to fuss about food. i know that’s not a plus for people who love to cook, but um, i’m not one of those people. baked a stack of german chocolate cupcakes for my grandpa’s 93rd birthday and ordered in some delicious pizza. mom brought the most amazing white peaches, my SIL her beloved oatmeal chocolate chip love bombs. the kids swam, the adults chatted. there were nostalgic tears and there was laughter and sharing. the best kind of family party, if you ask me. 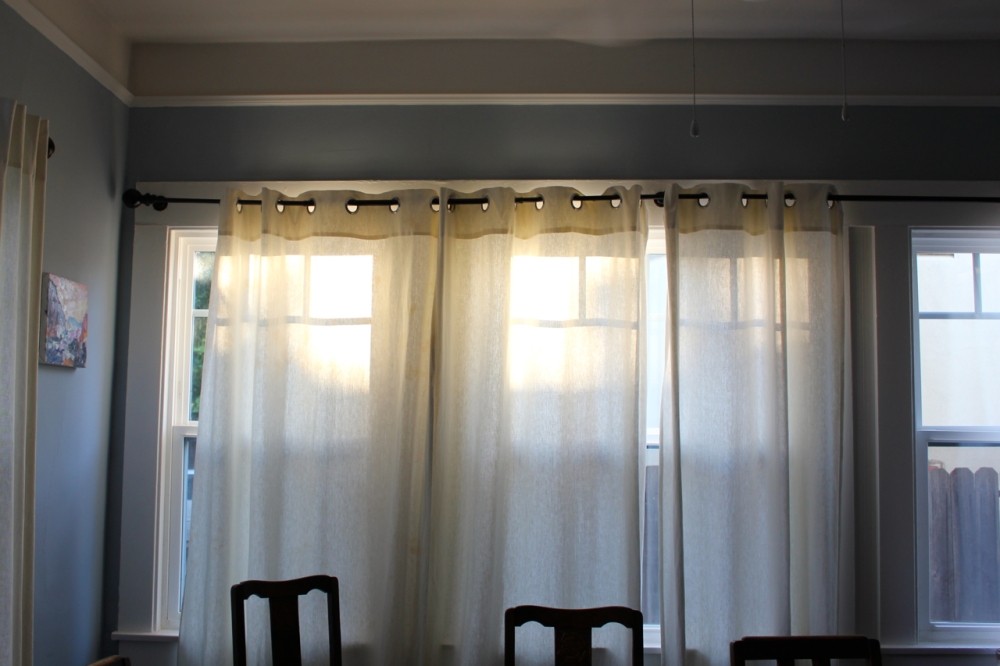 it’s a cool summer night in sacramento. windows open, ceiling fans swirling, just one light on in the house right here by my bed. the last night of the state fair’s fireworks boom in the distance.

all the years i’ve been here in this town feel like several lives now. i’ve been so many people. a girl, a teen, a woman, a wife, a mom (and that’s not even counting all the hair colors). i can still remember lying in my early childhood bedroom, looking up out the window at the full moon. how summer felt then compared to how summer feels now. sometimes i even google that house and just stare at it, hoping to pull something more out of my fading memories, but that house barely looks familiar anymore. the trunk of the mulberry tree in the front yard is five times the size it was then and even has some shade to offer now. that shade is not mine. never has been mine. we only had a small little tree with a skinny trunk. that’s all my childhood summers will ever have, and i wouldn’t have it any other way.

there are no new memories in that photograph. it’s just a house now. my childhood memories no longer live there. i can’t bring those days close again. they are only getting farther away, but i hold onto the way i can still walk room to room in my mind endlessly. 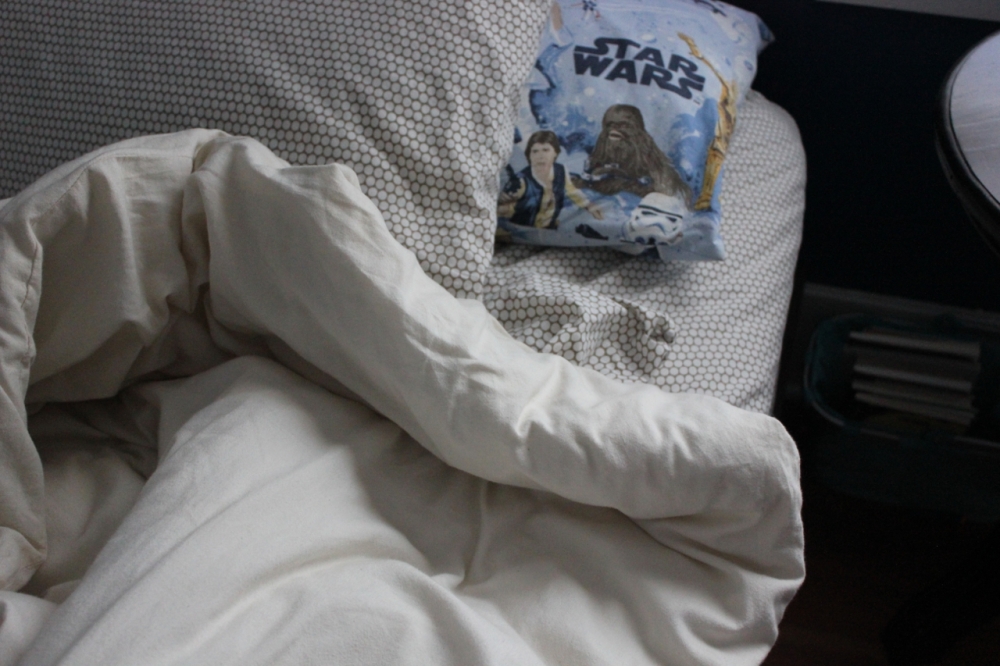 on the last day of school, he told me he wanted to tell me something when no one was around to hear and somehow, impossibly, i forgot. forgot to pull him into my room alone. forgot to ask later as he slipped into his bed. simply forgot. maybe i was making dinner or keeping his brother in line or … who the hell knows? but he never told me the thing that night and i didn’t remember until he was gone again the next morning. that day felt excruciating waiting for him to get home so i could ask him about this thing, this so-important-only-his-mom-could-hear thing. but instinctually, i knew it was about a girl.

that afternoon when i picked him up, i asked him in the car. what was that thing you were going to tell me? but he motioned that i’d have to wait again. until we were alone. what is it? what does he want to tell me? did i ruin everything not taking the time to stop and listen from the get? is the moment gone forever? did i blow it?

but not long after, he stood in the living room and told me. yes, it was about a girl. he looked at me so earnestly and said simply, “she likes me.”

i didn’t start weeping then, but hell, if i didn’t want to. it’s one of those moments you wait for when you’re a parent. don’t get me wrong, i’m in no hurry for my kid to be considering girls too seriously, but i also knew we weren’t there yet. this kid of mine is never in any hurry, unlike me as a kid/teen/young adult/yesterday/today. it’s like he was born with the gift of doing life on life’s terms and being okay with that. where the hell did he learn that and oh, thank god he did.

the lump in my throat had nothing to do with my feeling like he’s growing up too fast. in fact, tears filled my eyes because everything seemed right on time. the minute your kids start growing out of your arms, all you want is for them to be liked. or more so, you want them to be seen for the person they are. and here it was happening. he had been seen, and he was feeling that goodness right there in front of me. the words. the satisfied look in his eyes. and the most incredible part was that i got no sense that he wanted any more than that. it was like he had everything he needed right there on the cusp of the summer before fifth grade. 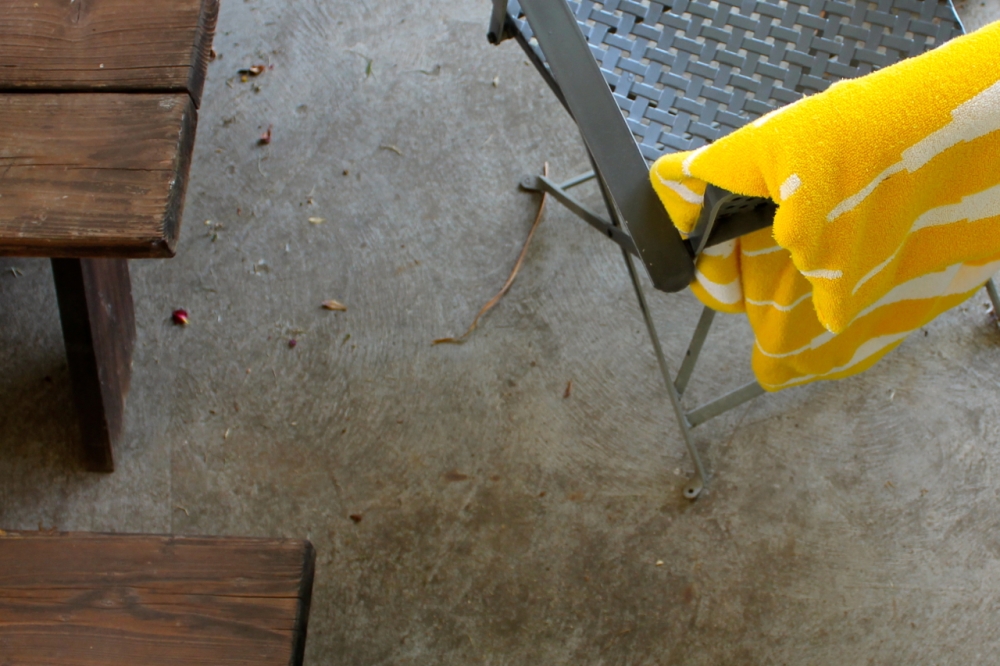 i can’t stop watching The Sopranos. i started taping old episodes right after James Gandolfini died. it’s the season where Tony Soprano almost dies after Uncle Junior shoots him in the gut. funny how a show i watched probably a decade ago feels like a totally different show now. the show didn’t change, but i have (and why does everyone keep calling Nurse Jackie Carmela?).

i’m not even sure why i’m watching it, but i’m getting some odd comfort out of it. there’s so much about the show that’s gut-wrenching and tough to stomach, but Gandolfini did such a fine, fine job at playing that complex character, a man with heart, with soul, with the oddest sense of loyalty, with dreams but who also happens to be a mob boss and vicious killer. but damn those doe eyes of his. i guess there’s something about the heartbreak. the constant, ongoing heartbreak particularly in the male characters whose harebrained ideals and hopes are constantly challenged and snuffed out. because it doesn’t really matter if what’s in the heart makes sense, the breaking always feels just the same. and its chipping away is what makes us who we are.